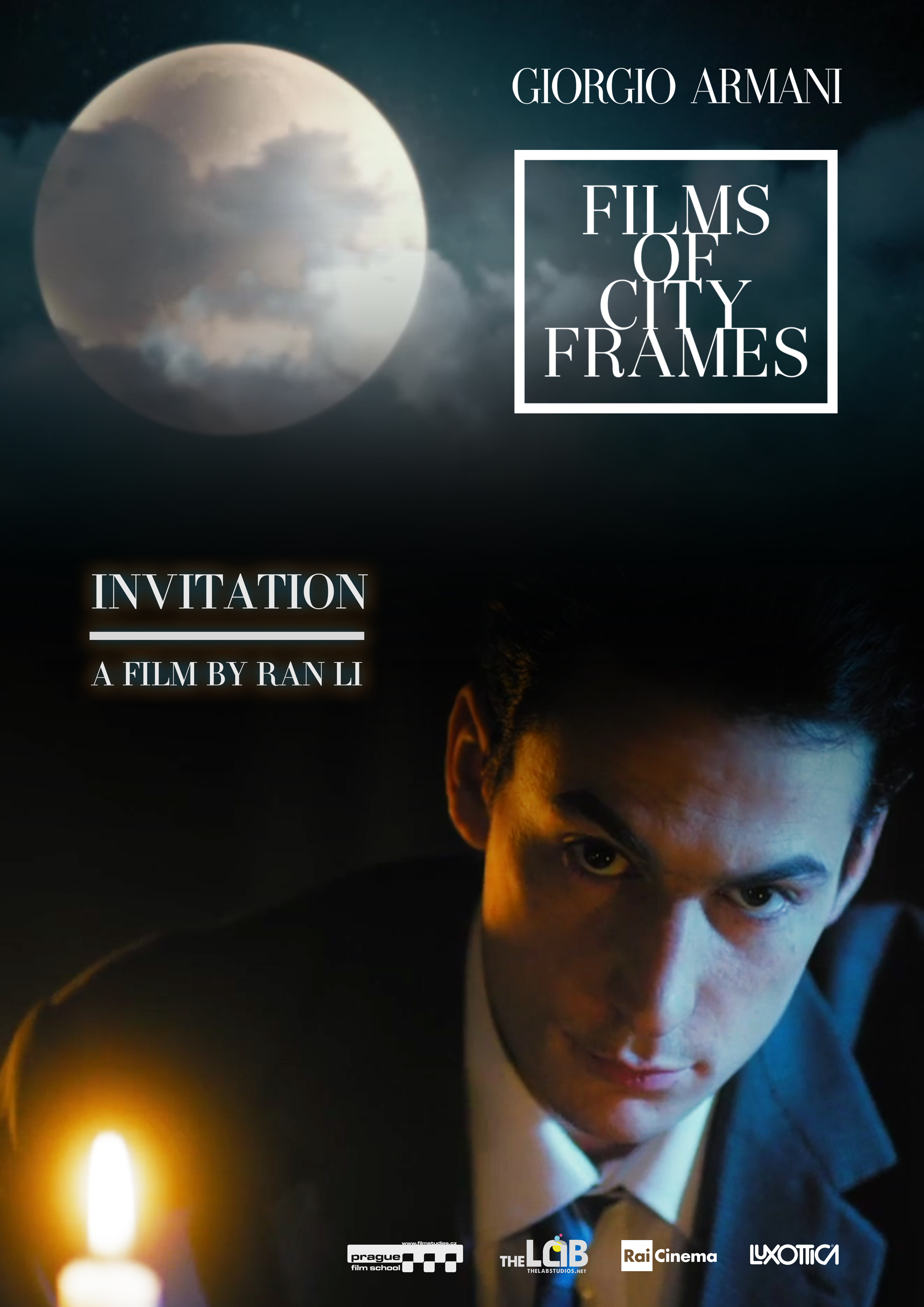 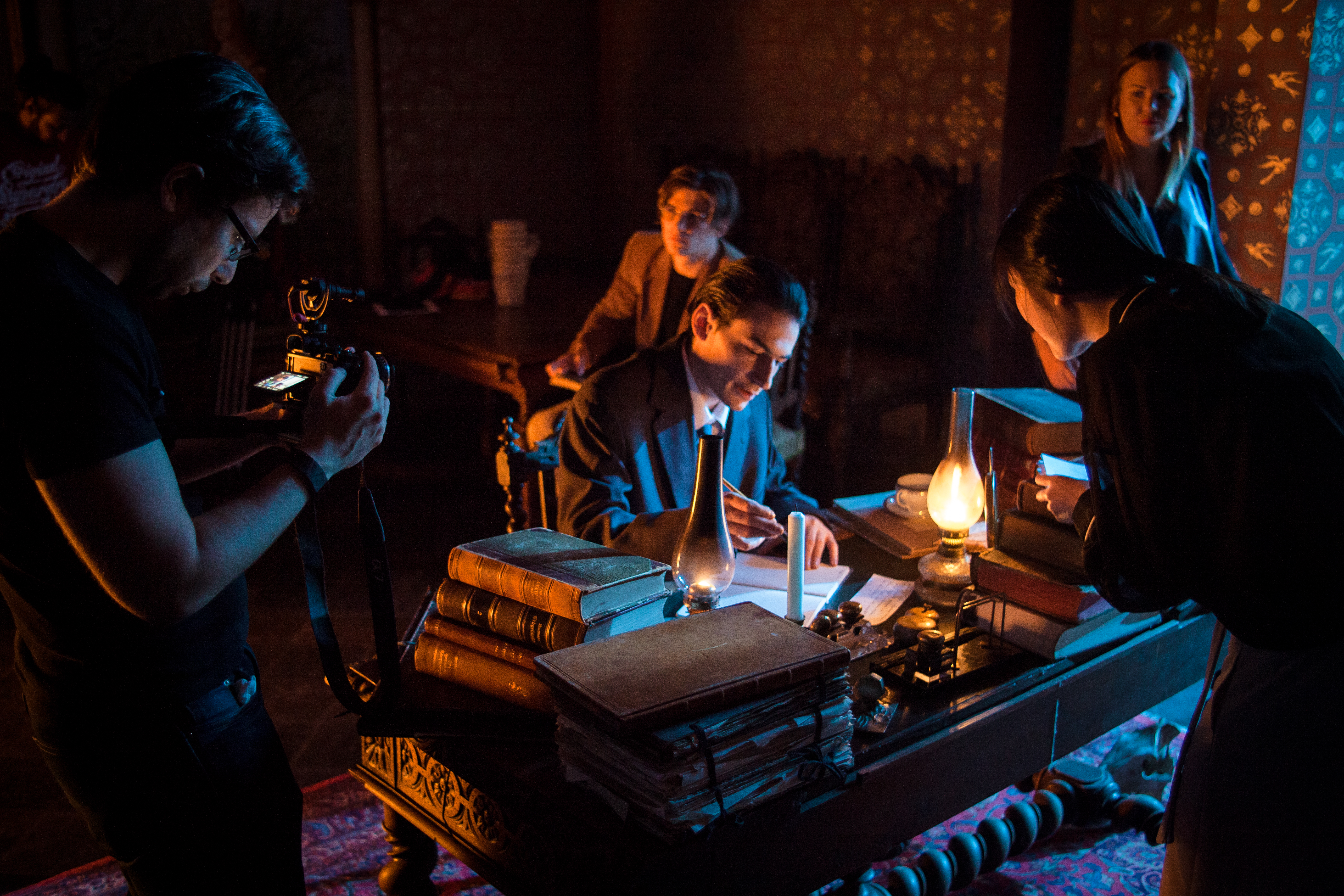 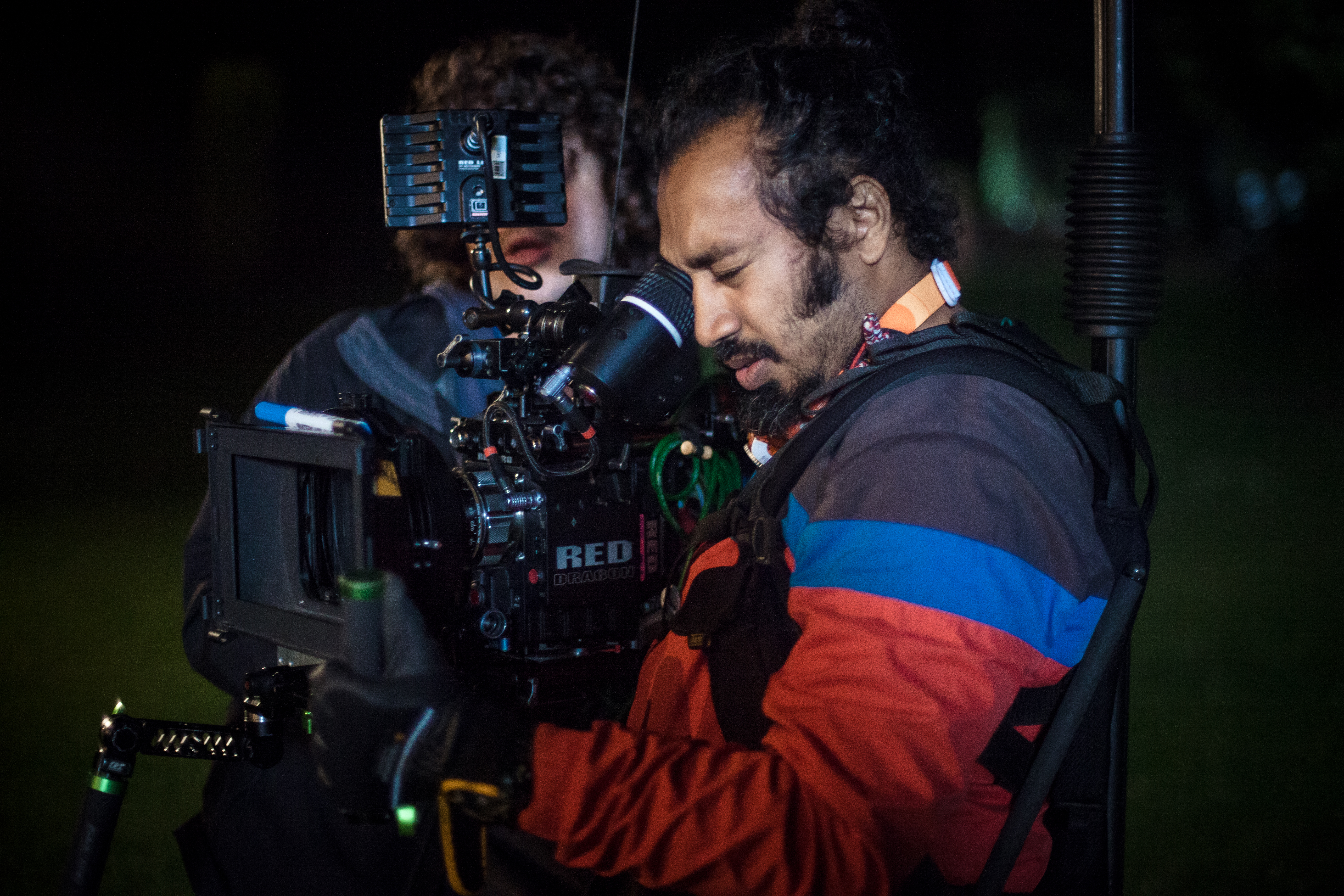 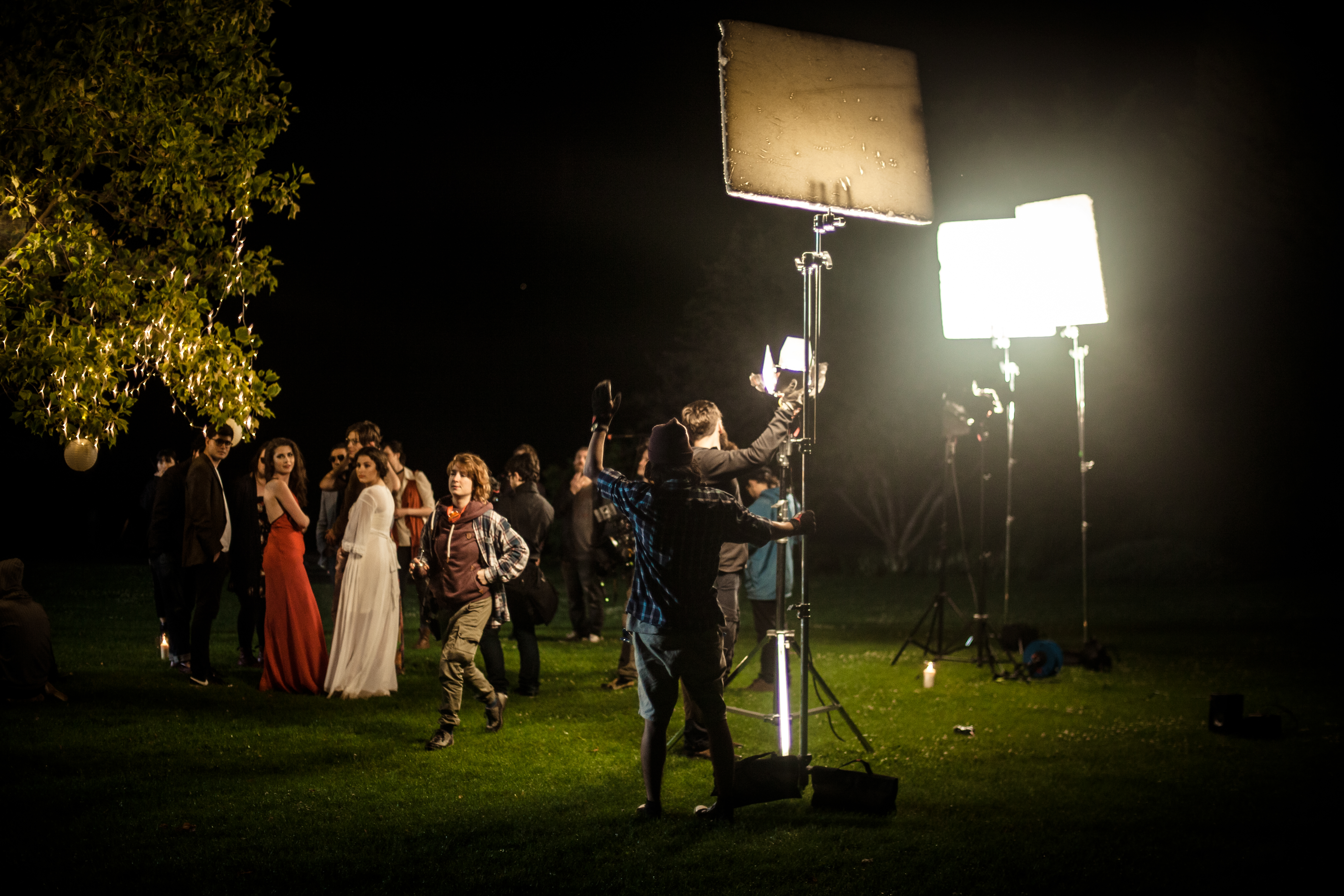 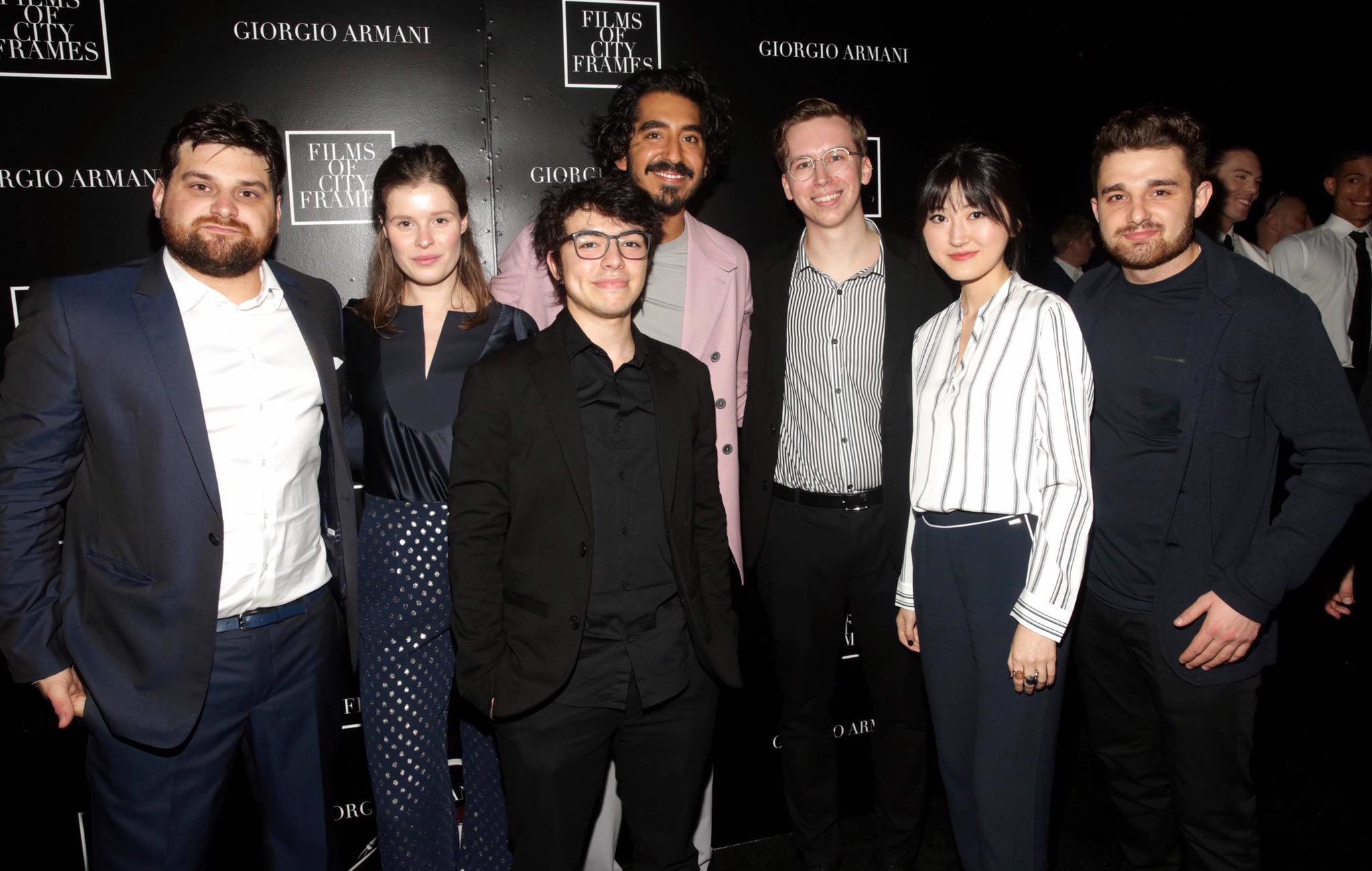 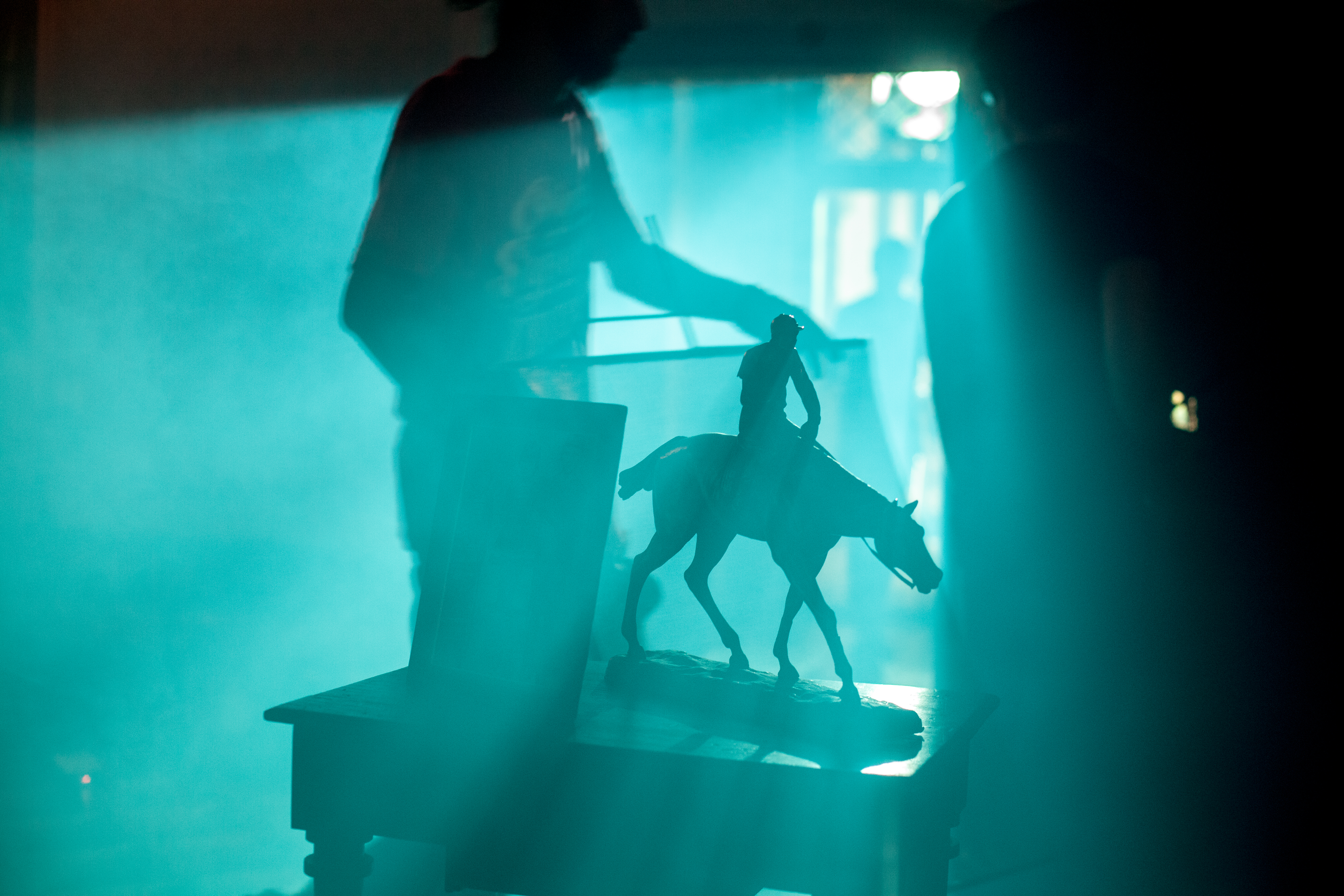 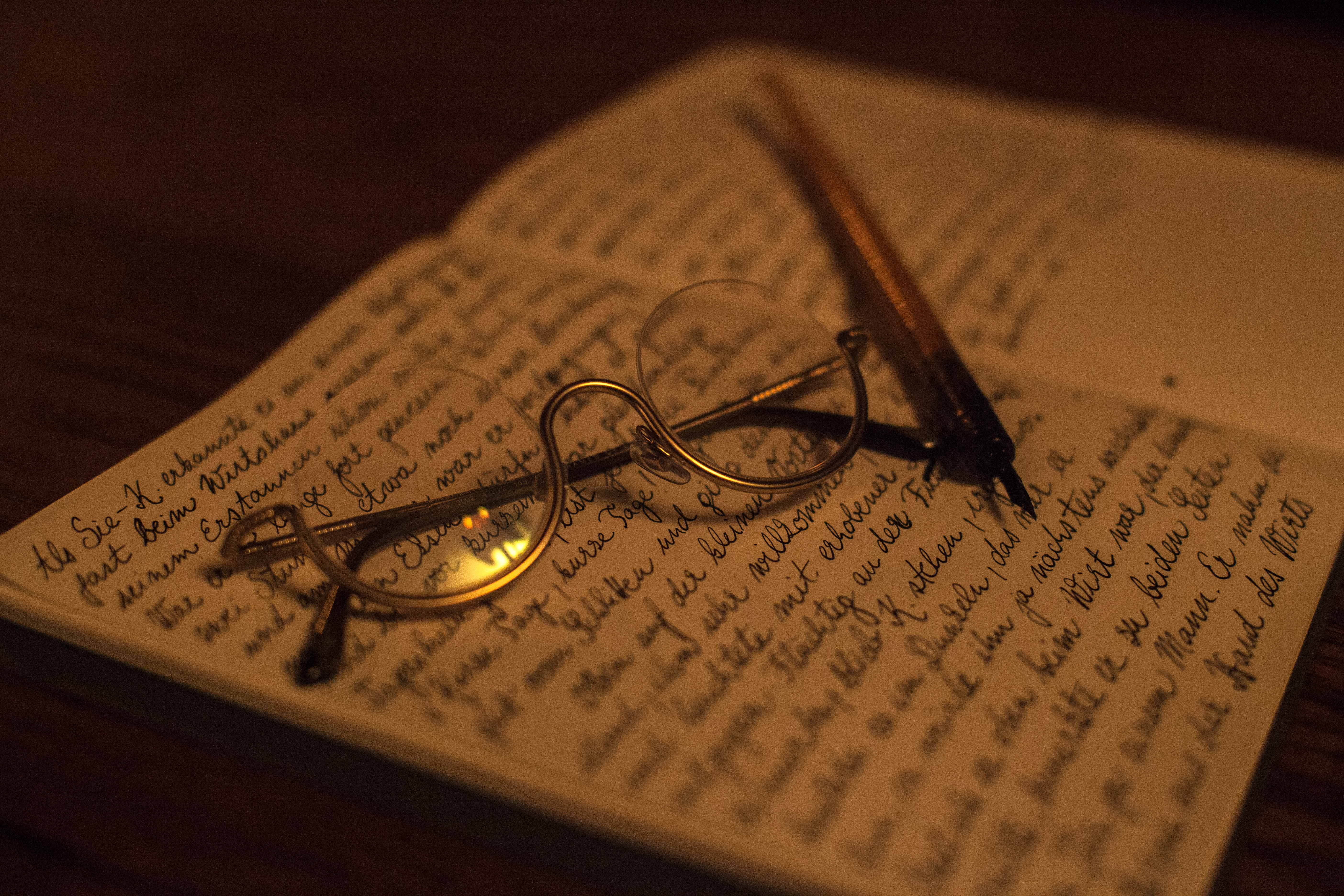 In 2016, The LAB collaborated with the Prague Film School on an initiative by Giorgio Armani, “Films of City Frames”. The project, now in its third edition, aims to connect upcoming directors, their city and their stories with the world of fashion.

Invitation, written by upcoming Chinese filmmaker Ran Li, is an ode to the city of Prague, its magical blend of realism and surrealism, its mysterious characters, and its fundamental connection to culture in all its forms.

Synopsis:
A young writer struggling with lack of inspiration, steps into a journey that blends reality and fantasy, now and the past, literature and real life.

The LAB was responsible for coordinating the selection process, the pre-production, the execution and post-production of the film in Prague. We worked with current students and alumni of Prague Film School who composed the majority of the team, including all the key members of the crew. The film was shot over a period of 3 principal shooting days and included the use of fantastic real Prague locations: the interiors of Martinic Palac, Chateau Troja, Cafe Rybka, and the Botanical Garden in Troja as well as authentic streets in Old Town Prague for the exteriors.

Giorgio Armani chose South by Southwest ®, one of the most innovative platforms for film, music and new interactive technologies. Emerging filmmakers presented their work on this highly respected, cutting-edge stage. The short films were screened inside a special installation created by Giorgio Armani in downtown Austin. The premiere was followed by a panel discussion moderated by fashion critic and curator Angelo Flaccavento, with the participation of Dev Patel, “Slumdog Millionaire” star and winner of a BAFTA Award as this edition’s mentor in supporting students from around the world.

We use cookies on our website to give you the most relevant experience by remembering your preferences and repeat visits. By clicking “Accept All”, you consent to the use of ALL the cookies. However, you may visit "Cookie Settings" to provide a controlled consent.
Cookie SettingsAccept All
Manage consent

This website uses cookies to improve your experience while you navigate through the website. Out of these, the cookies that are categorized as necessary are stored on your browser as they are essential for the working of basic functionalities of the website. We also use third-party cookies that help us analyze and understand how you use this website. These cookies will be stored in your browser only with your consent. You also have the option to opt-out of these cookies. But opting out of some of these cookies may affect your browsing experience.
Necessary Always Enabled
Necessary cookies are absolutely essential for the website to function properly. These cookies ensure basic functionalities and security features of the website, anonymously.
Functional
Functional cookies help to perform certain functionalities like sharing the content of the website on social media platforms, collect feedbacks, and other third-party features.
Performance
Performance cookies are used to understand and analyze the key performance indexes of the website which helps in delivering a better user experience for the visitors.
Analytics
Analytical cookies are used to understand how visitors interact with the website. These cookies help provide information on metrics the number of visitors, bounce rate, traffic source, etc.
Advertisement
Advertisement cookies are used to provide visitors with relevant ads and marketing campaigns. These cookies track visitors across websites and collect information to provide customized ads.
Others
Other uncategorized cookies are those that are being analyzed and have not been classified into a category as yet.
SAVE & ACCEPT